WARNING: This is going to be a looooonnnnnng post:) But hey I' m happy with it!

Since moving from France to Glasgow 16 years I have had 7 different homes! I do or did enjoy moving and every time it was voluntary, either because I decided we needed something bigger or to buy etc There was always a motivation behind which made the move exciting.  When I was pregnant with Elliott we moved back to the West End and chose a really beautiful flat in one the classiest street I have seen. It was perfect for us at the time but as the flat was only two bedroom we knew from the word go it wouldn't be our forever home and we would have to move once Elliott would be big enough to have his own bed (his cot was in our room). We were super psyched when we found a massive duplex at a reasonable price two and half years ago. It was in a really quiet street. Because it was really on three floors it felt like a house etc only downside no access to the back garden. But we could live with that and given that we just had to go down a flight of stairs and we were along the Kevin it wasn't an issue. So we felt that this was it, we had found our forever home and had no intention of moving for a very very long time! But then disaster struck and our landlord decided he wanted to sell and we had once to move once again. By that point I was over the whole moving malarkey. I am a total expert at it because of the amount of times I had to do it but this time round I had zero motivation. Even looking for a flat was a chore:(( And anyone who has been in my company for more than five minutes knows that I am addicted to Rightmove so really this should have been a dream come true! But I think the pressure of having to find somewhere big enough, not expensive, in the catchment area for the school AND before a certain time was just a tad too much for me. We even considered temporarily moving back into the flat we own in the Southside even though it's too small. I am well aware I am going on and on here but bear with me this chat is going somewhere!!
So after a few weeks of looking and crying and looking again and crying some more, we finally found something that actually was quite good. The whole thing was a little surreal as the flat is on the same street as I used to live when I met my A 10 years ago. So for us it felt totally right straight away. And I did something I never thought I would do: I sent A to see it as I was at work and didn't want to miss out and agreed to move in without having viewed the flat myself. AAAAHHHHH that could have been a big mistake, but I totally trusted Allen on that one. Although when I bombarded him with questions that evening he barely remembered what the flat looked like!!!  I had seen pictures online, I could imagine the layout from knowing the flats on that street so I am sure it was going to be fine....well Allen kindly arranged a viewing on my birthday, even though by that point if I had hated it it would have been too late as we already had paid our deposit and all!!! Well I loved it, it felt like I had always lived there (in a way I did as it is the same layout as my old flat but not chopped into two flats if that makes sense?) So we are back where we started:)
So here is a small teaser and I will do another post with more photos ( otherwise this is going to be the longest post in history):
The photos aren't very exciting but it gives you an idea about the size etc.
So far we love it! We have no neighbours as such; above, below and on one side are all offices so after 5 really it is completely silent. We have a back garden that we share with the offices and the people in the basement. Obviously the office guys don't use the garden and the basement flat has it is own small section so we have the rest of the garden to ourselves! It is so nice we have had quite a few barbecue already and the kids like to go down and kick a ball. On the plus side as it is shared the factor arranges for the lawn to be mowed, so it's all good!
Oh my I was chatty, well next time I will post photos of the rooms so you can see what's what!.
Enjoy your Sunday! I got myself a bike and a seat for E on gumtree so I can't wait to try it out! 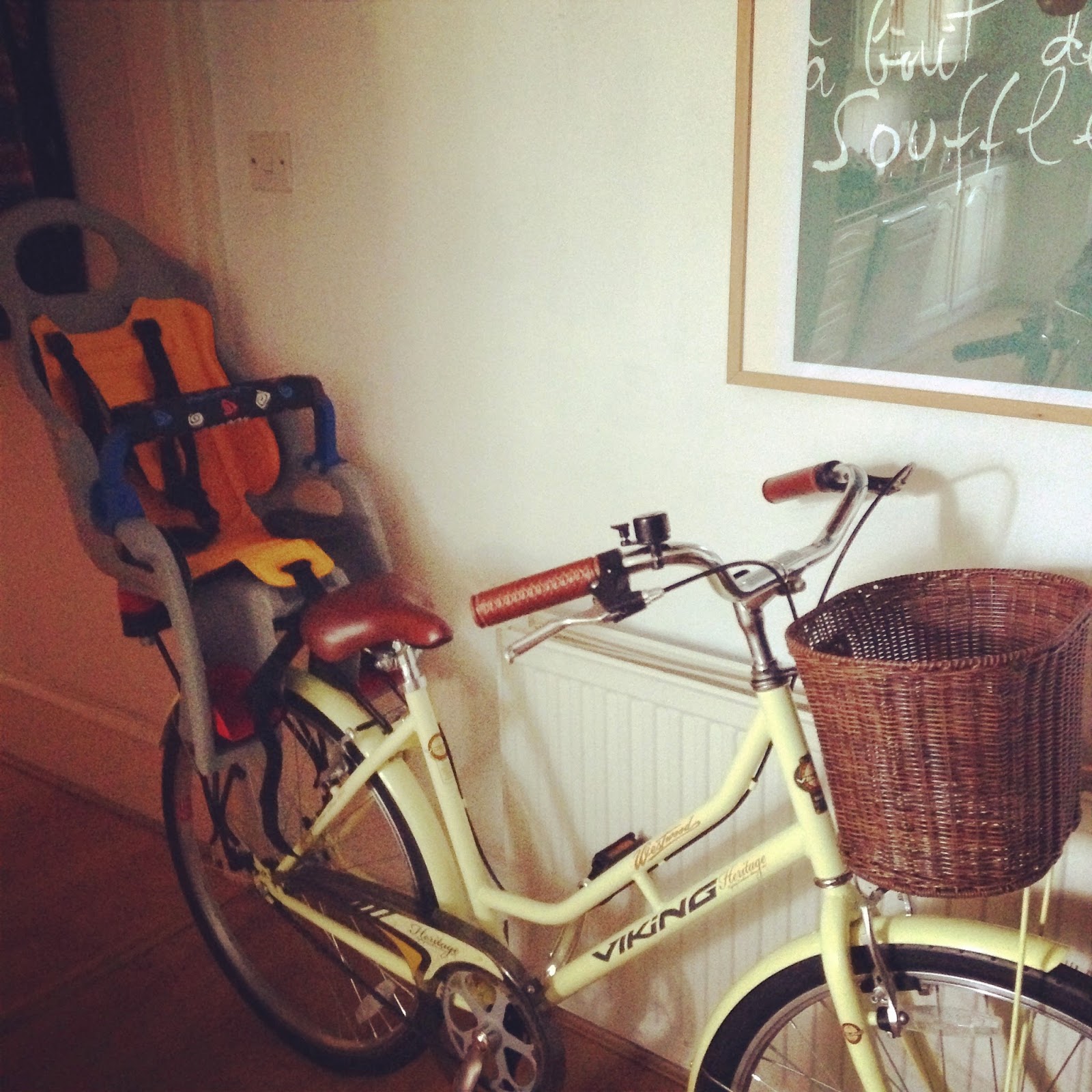