Project I am bored! Part 1

I bought this chair about 10 years ago in France. We've never been able to use it as the legs were broken and the seat was completely wonky! I always said at some point I will attempt to re-upholster it but could never be bothered and wasn't too sure where to start.
After having read a few posts about re-upholtering (little green notebook is great for how to staple the fabric properly and this blog too if like me you have a chair with springs) I decided I should really have a go - worst case scenario I make it worse - if that's possible. 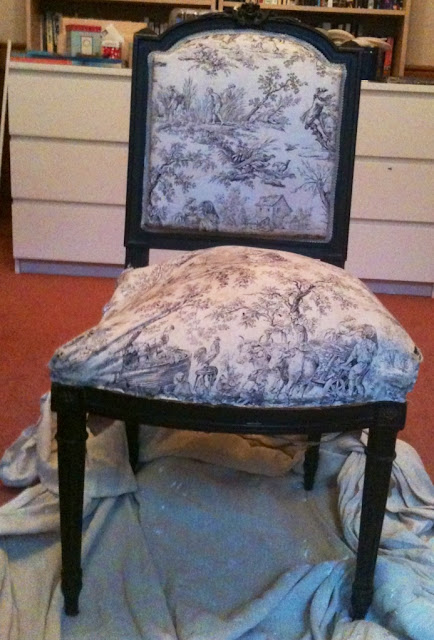 The chair had a nice enough Toile de Jouy fabric, but it was very thin and badly stained - yuk!
I decided not to touch the wood as I quite liked it a bit battered like that. I didn't want a newly painted effect.
First I had to remove the stuffing and the fabric- that was mega gross, there was dust everywhere plus the stuffing was horse hair and I am super allergic. I started sneezing, couching and ended up with really bad asthma, it was fun! 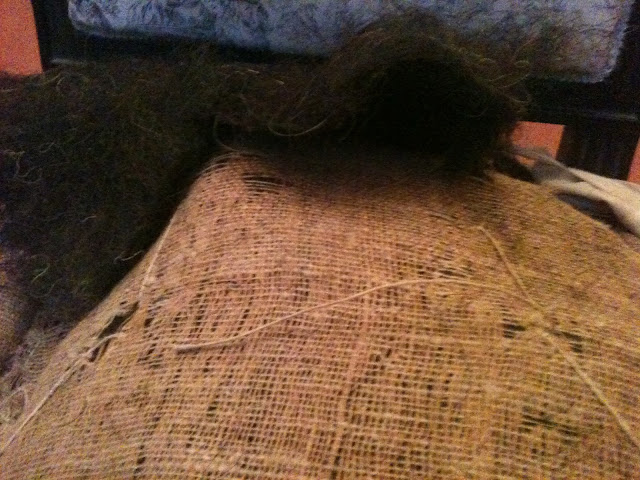 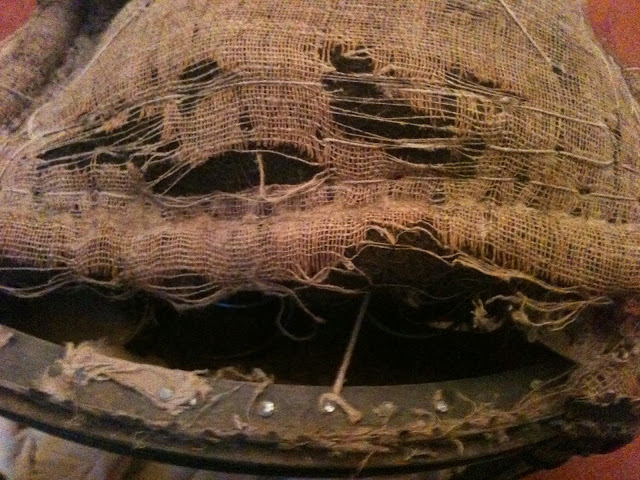 The next task was to remove all the nails, that was a total nightmare.
There were so many of them and they were so old plus trying not to damage the wood was very difficult.
It got mildly addictive though, I was determined to remove every single nail and Zoe ended having to come and see me at 10.30 pm asking me if I was ever gonna go to bed...oops.
Some of the tacks were so old as well that the head would fall off when I tried to remove them.  Others were just impossible to remove as you can see below, nails galore! 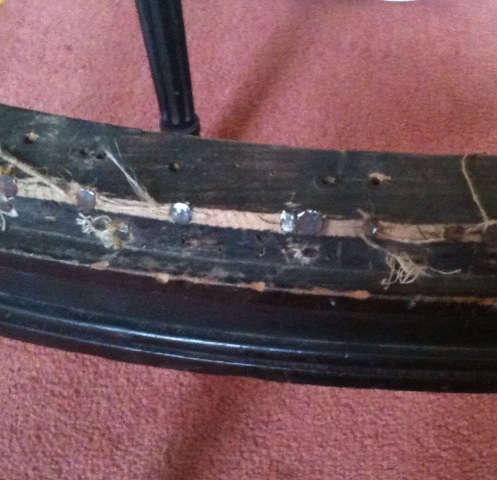 For this job I used a claw hammer at first but then a miracle happened!!!
To clear the house a bit I was giving away on Gumtree an old sewing machine I had (for those who know me I LOVE gumtree). It was a solid machine but really heavy and bulky and Allen had bought me a cute wee lightweight one a few years back. So anyway this guy emails me that he is interested and we arrange for him to pick it up that afternoon. He turns up with his partner and they explain that they need it as they are starting an upholstery business!!! What a coincidence.
Long story short, they ended up lending me loads of tools, gave me some webbing so I didn't have to buy some. They also gave me tons of advice and a book!  That totally motivated me to do a good job on that chair.
So if  you are in Glasgow and need something re-upholstered or cushions made to order etc go and see John and Jonathan from the Glasgow Guild, their website is fab and they are about to open a shop in Garnethill, round the corner from the Glasgow School of Art.
Anyhow this is what the chair looked like once I had removed as much as I could (do you like the dwarf hamster stuff in the background?) 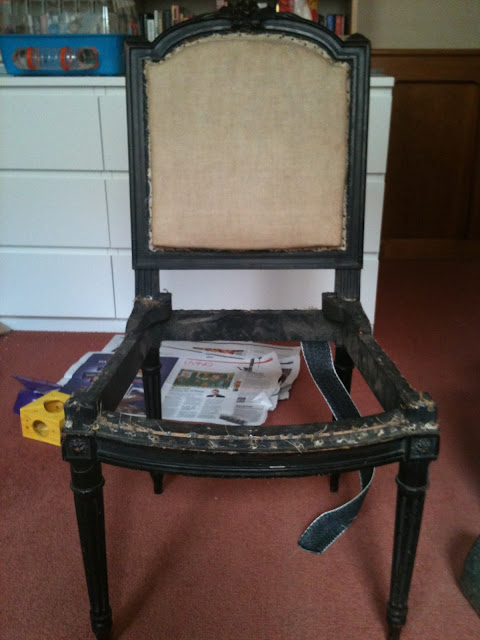 So armed with my new found knowledge from reading the blogs mentioned above and John and Jonathan's advice, this is what I managed to produce so far.
Not bad for a first timer, don't you think?
One of the webbings is slightly too much towards the edge of the seat but I think it will still be fine.
It was quite hard to tense the webbing. I think it would have been easier if I had had a helper to hold the webbing wooden machine thingy whilst I hammered some tacks.
I do think I did quite well on my own, pat on the back:) 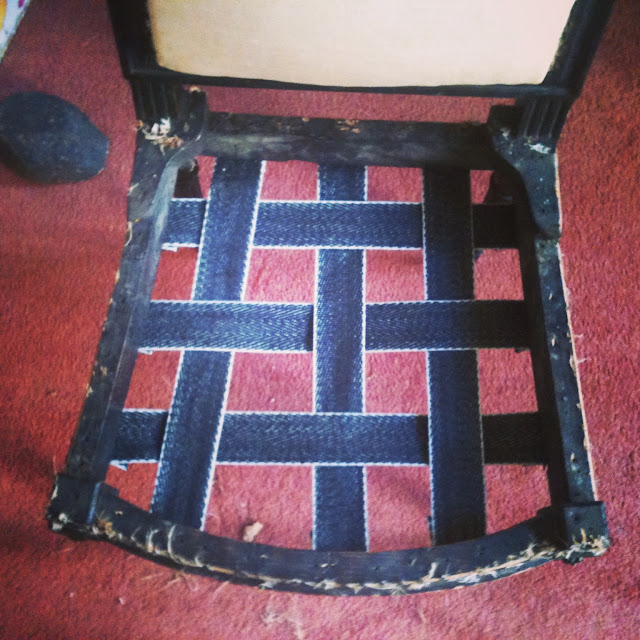 Et voilà!!
Next stage is to sew back the springs into the webbing and to tie them together so they don't move and form a beautiful crown! Will keep you posted...

you are very determined and the work is great !

PS, merci for your kind comments :)

What a wonderful post. I have learnt so much from this blog.I like your blog.Thanks for the post.CNC Routers