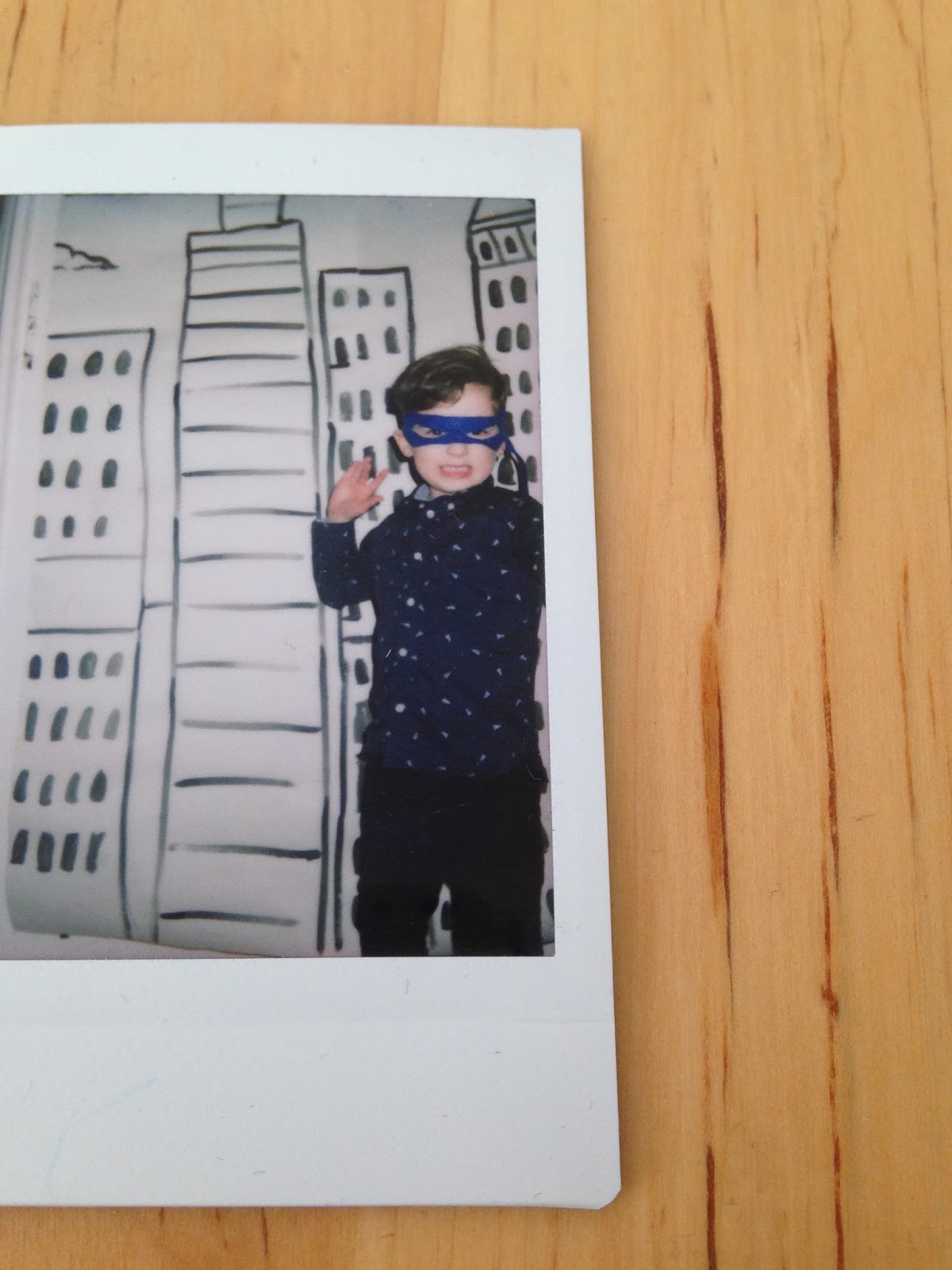 Elliott turned 5 last week on Valentine's day. He was so excited as he had seem most of his friends turn 5 and he couldn't wait to be his turn. As his daddy is still on tour I wanted to make sure he had a great party.
I looooove planning a party: getting all the decorations, making the cakes etc. At first Elliott wanted a Ninja Turtle party, then it was a power ranger one, then a spiderman. You see where this is going.  Every week I was given different super heroes...As I am not a huge fan of overly-matchy themed parties I decided to go for a kinda super hero/ninja turtle party. I had seen a couple of posts from Oh Happy (so much party inspiration on that blog!) that I liked and decided to incorporatevarious ideas I had spotted. 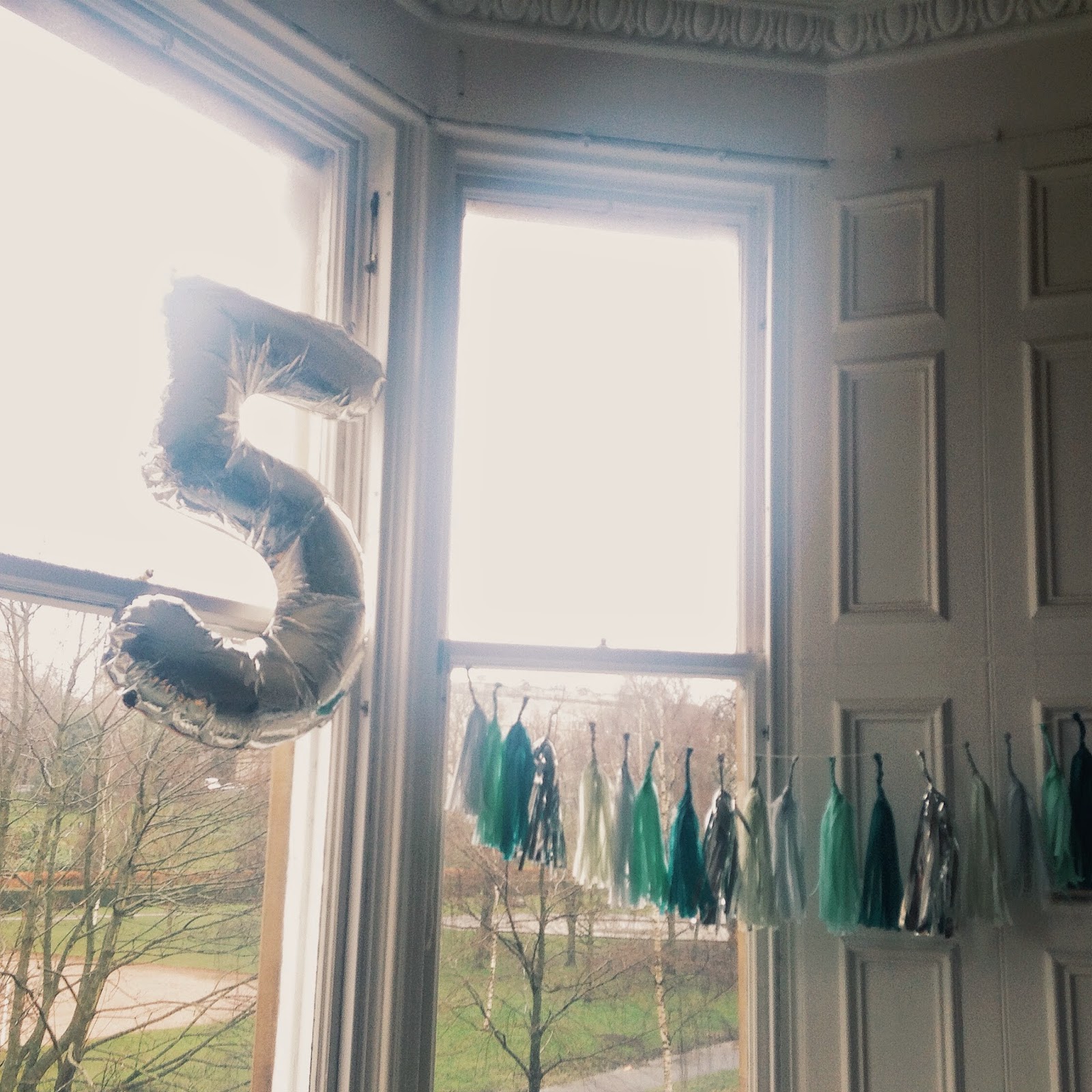 I wanted a giant 5 balloon for the living room and this one doesn't disappoint! Elliott loved it. The tassel garlands has become a tradition here, every party I plan ends up having tassels and pompoms of some sorts!! I can't help it. I didn't make this one but bought it from a lovely shop called The Original Party Bag Company which stock some products from a French company called My Little Day. 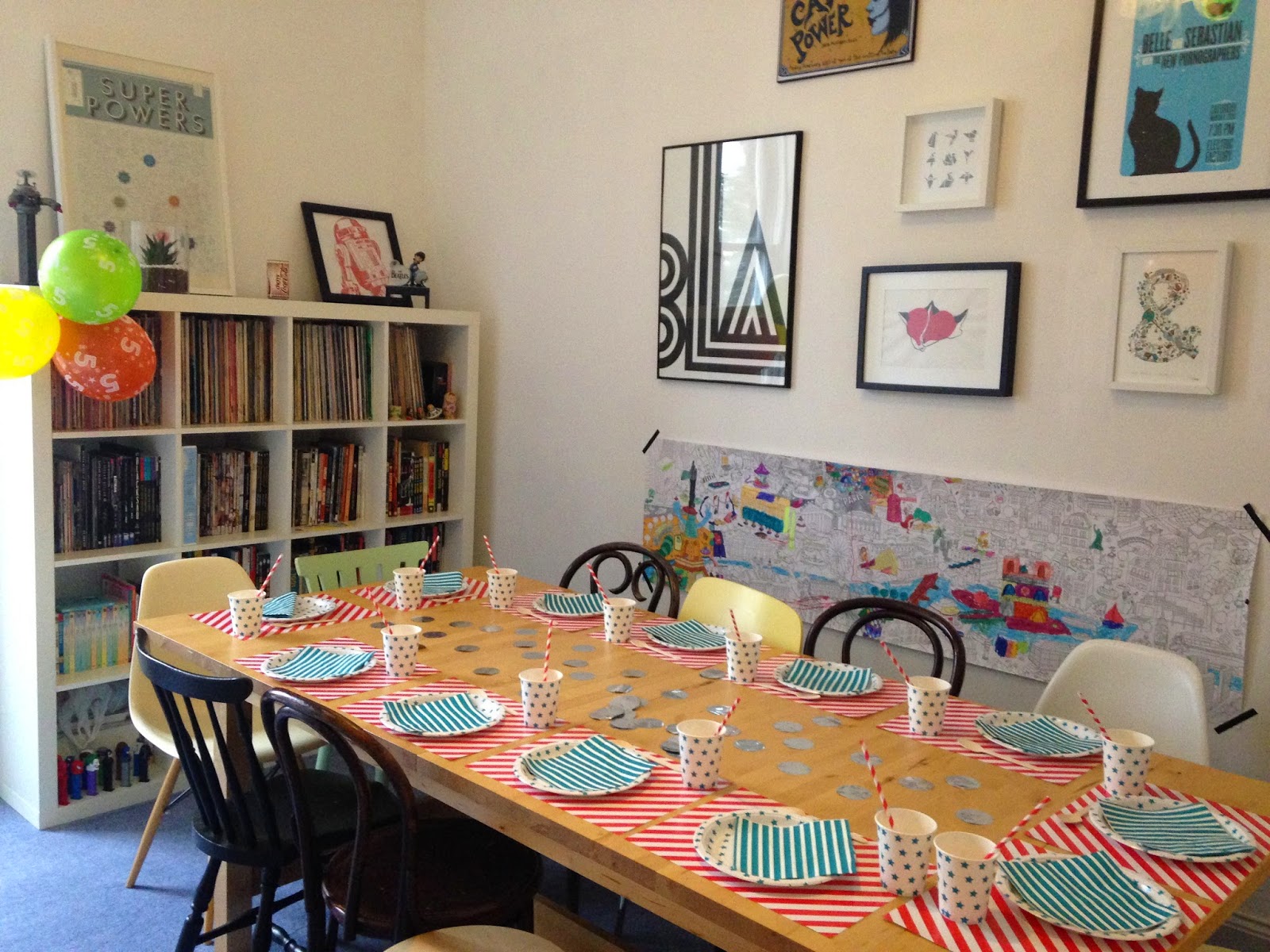 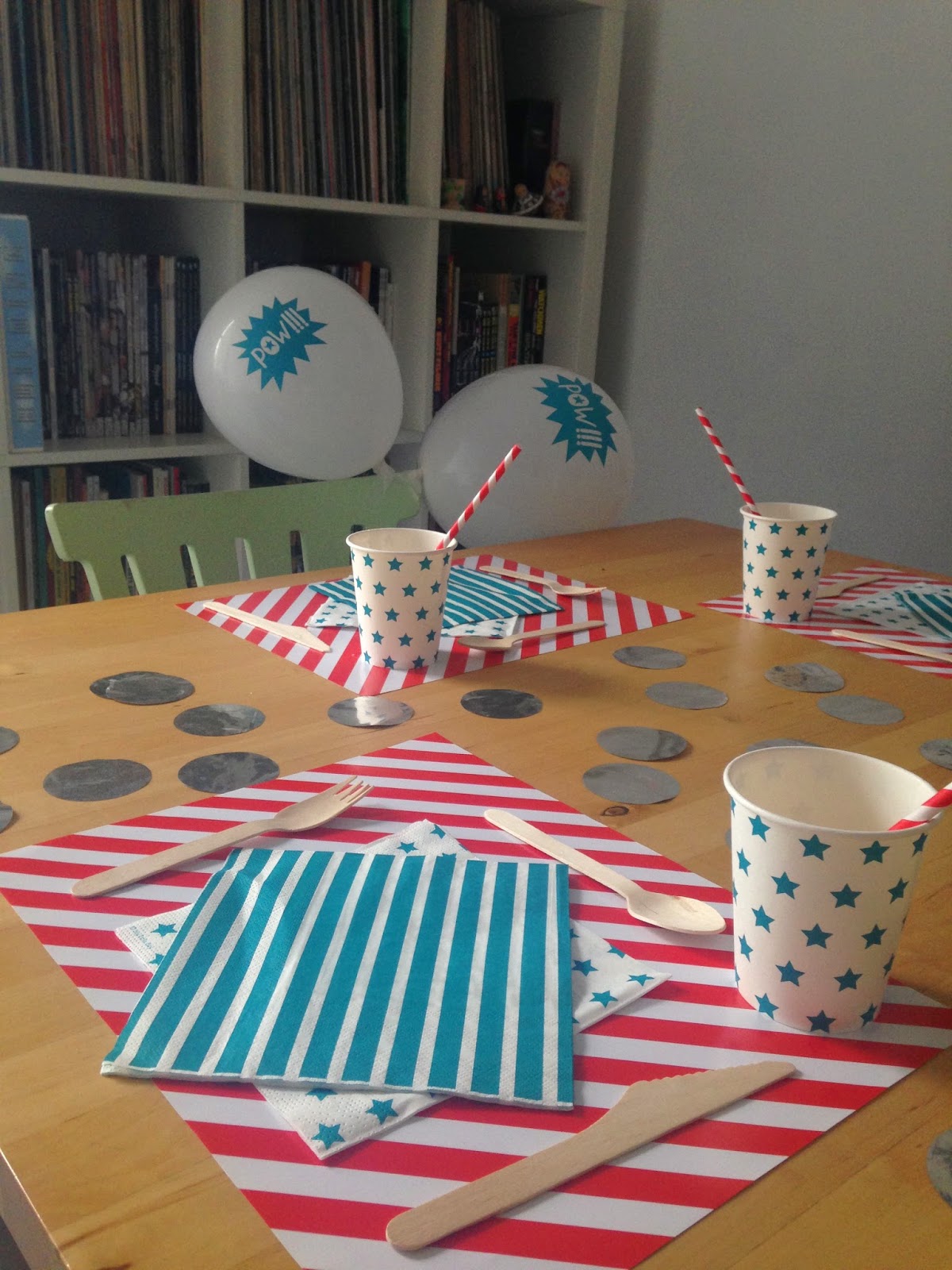 For the table I went for Captain America colours I guess. I loved the star plates and cups and took it from there. 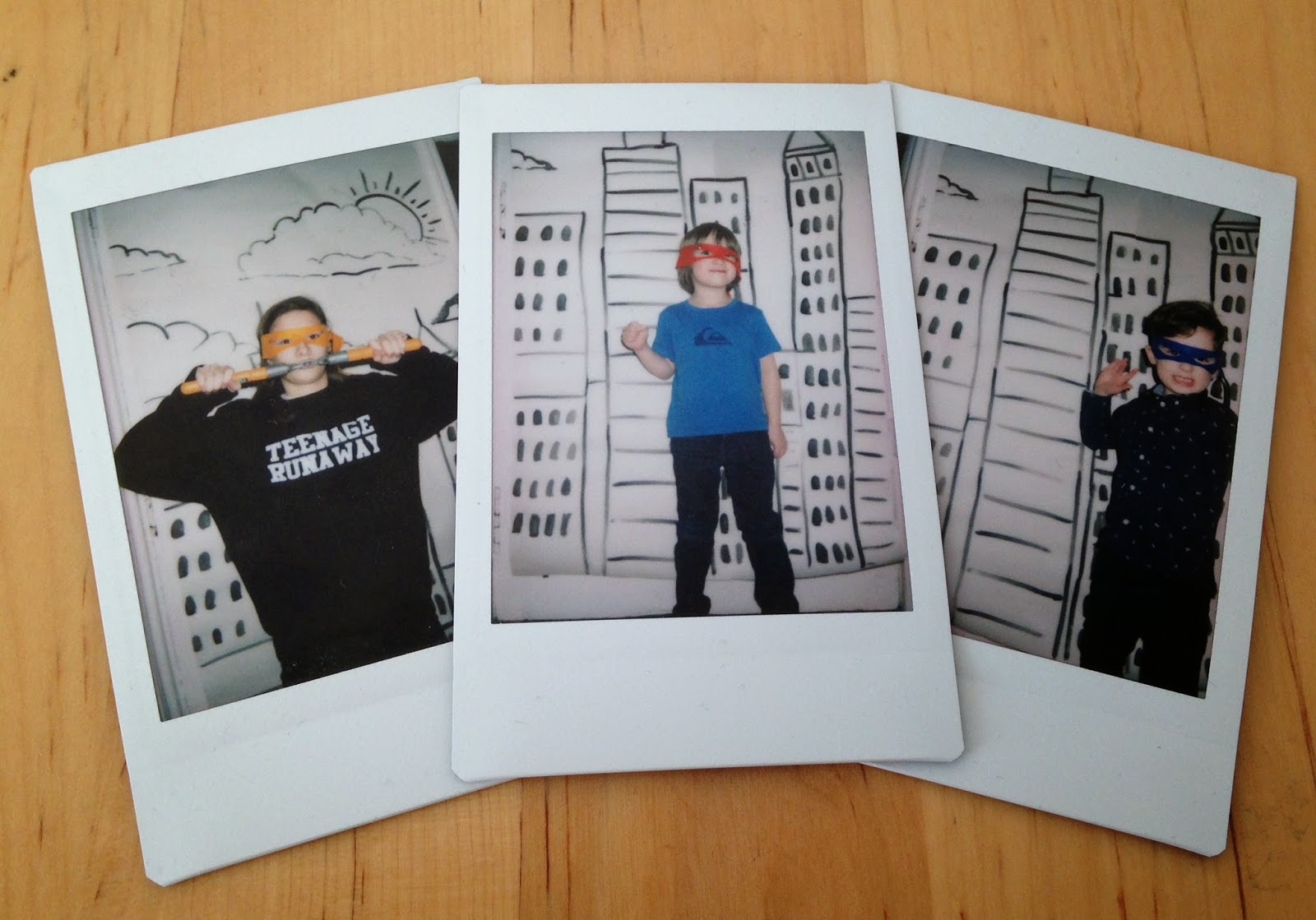 One activity we had during the party was to wear a ninja turtle mask and pose in front of a NY background. We had Polaroids left from our wedding so we decided to take some pics. The kids really enjoyed it, and even some of the older ones took part. 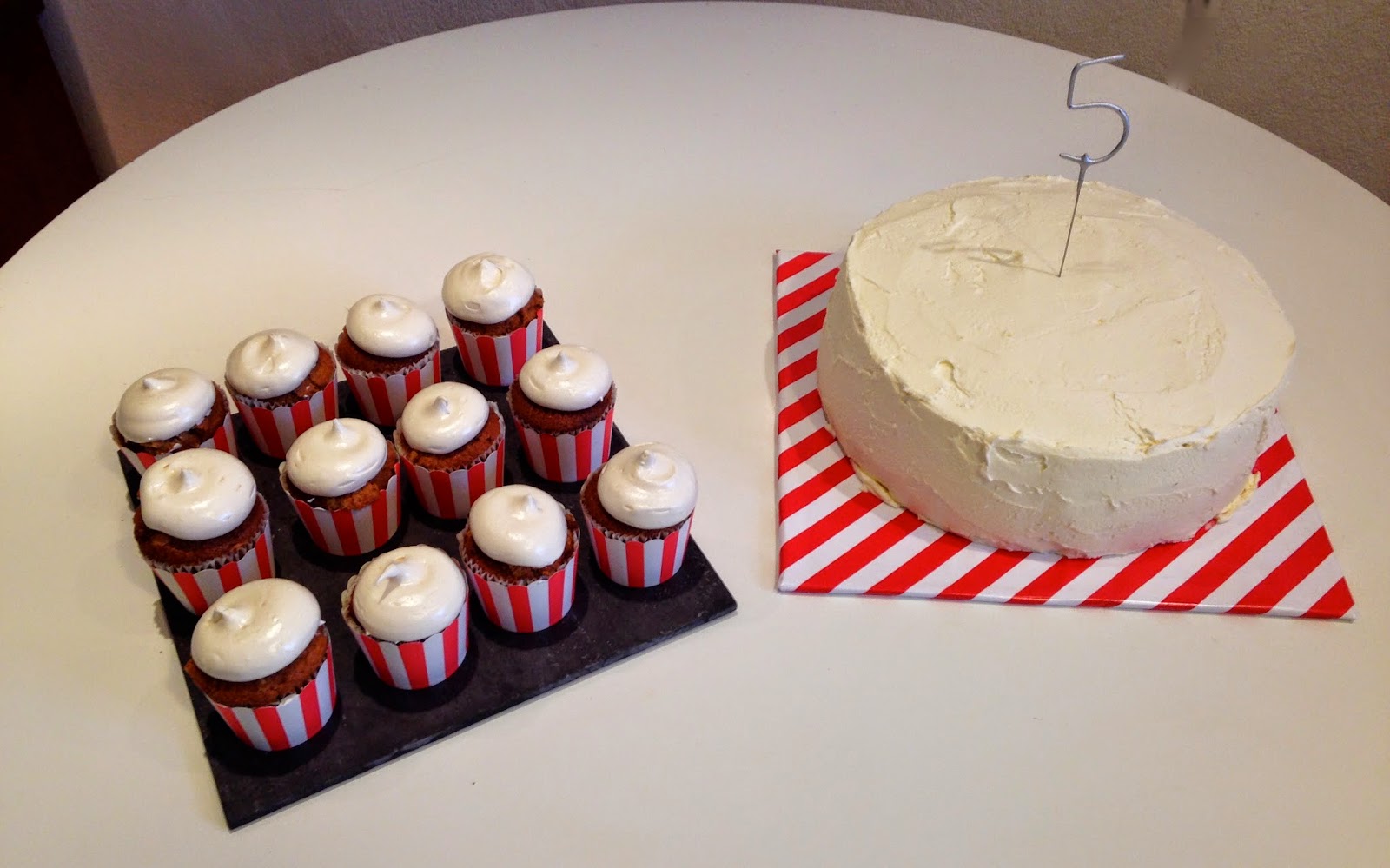 I wanted the cakes to be really clean looking, For the main birthday cake I went for a vanilla sponge with chocolate buttercream inside and vanilla buttercream on the outside. The twist is that Elliott was really keen on a piñata cake, so I included a smarties centre, which the kids loved. The cupcakes were to give with the party bags when the kids left. I had made a malted cake base with a meringue/ marshmallow topping. 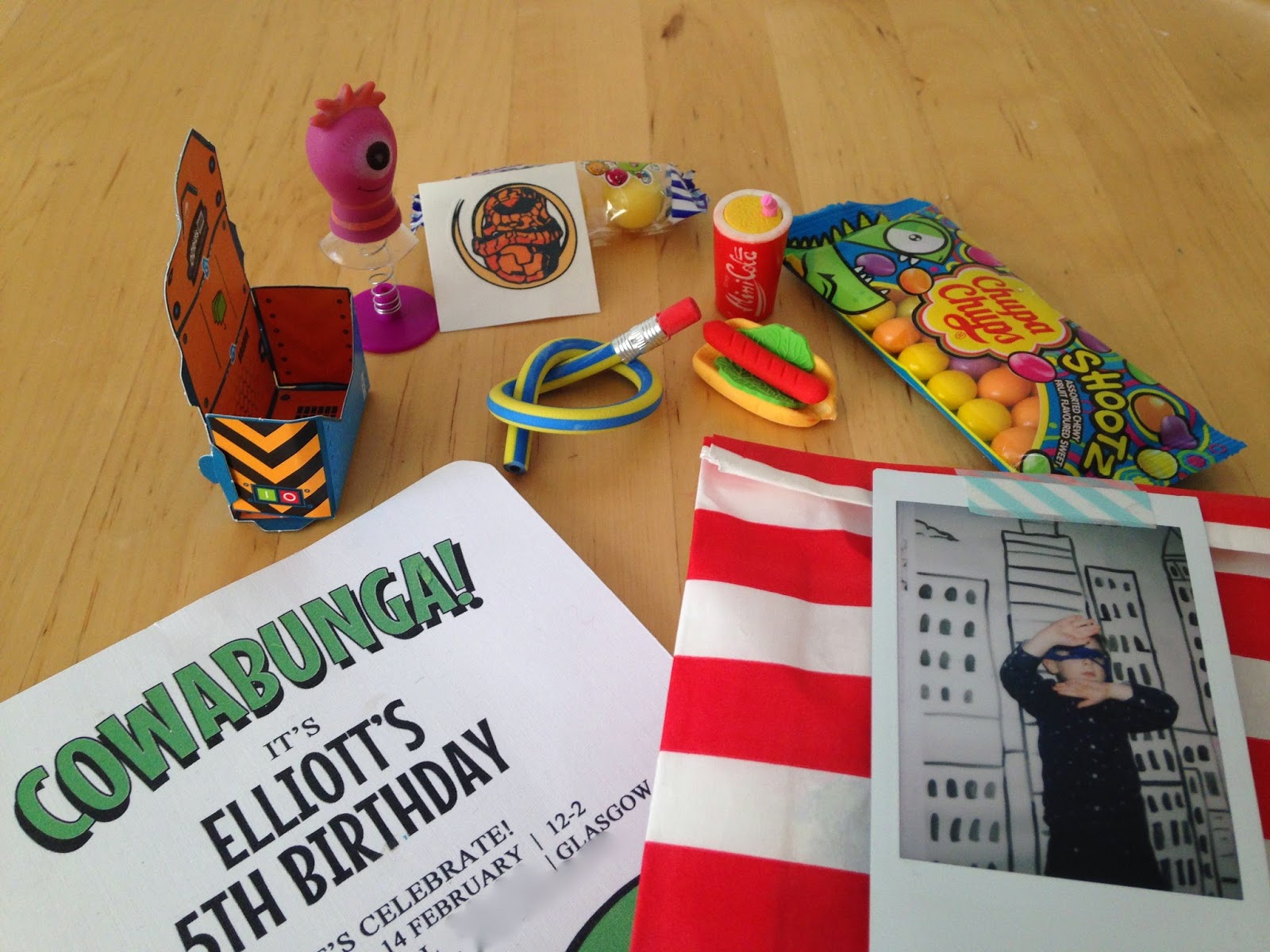 The party bags were in the same colours and we added the Polaroid from the photo booth for the kids to take home. In the party bag I put cute rubbers, pop up monsters, some tattoos, cardboard robots to build, and some sweets.

Elliott had such an amazing day, he was truly happy to be with his friends and have some super hero fun.
Have a lovely week x

Email ThisBlogThis!Share to TwitterShare to FacebookShare to Pinterest
Labels: family

It was really a very great party ,very well organized .