Lots has happened since my last post, which is why I haven't posted anything!! I find it so hard to keep on top of everything sometimes that this blog doesn't get much attention:(
First, A and I got married back in April. We had such a lovely day and everything was exactly as I wanted it. However, the week after our wedding our landlord decided to sell our flat. This was a huge blow for us as we had been told we could stay long term when we moved in! We obviously redecorated the flat thinking we were in long term, One of the room we re did was the dining room.
A small reminder of what it looked like when we viewed the flat: 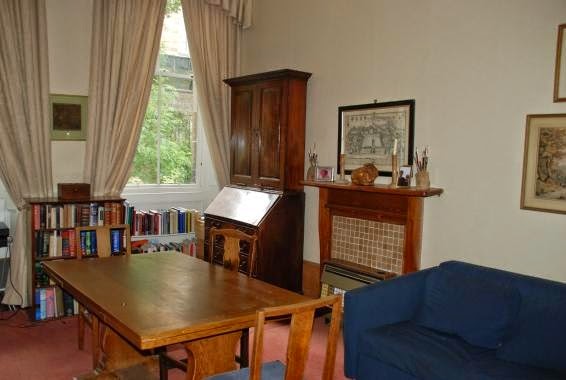 Oh my just describing this picture makes me cringe, it was dark and all in the same tone. The walls had an horrible yellow flowery wallpaper. Obviously when our landlord moved out they took their pictures with them ( thank goodness!!) and that meant the walls had holes and were badly marked. The carpet was damaged in lots of areas. I hate carpet, my asthma isn't great and I would rather have wooden floors everywhere as it is easier to clean. But a carpet in a dining room for me that's insanity!! so gross...
We actually didn't use this room for about 6 months, purely because it needed so much work done to it and we needed a room where we could just dump all the boxes until we sorted out the rest of the flat.
First we removed the heavy curtain, they were so thick and blocked out the little light that came in. plus they had a valance at the top...my worst nightmare.  I painted the walls white and all the woodwork white, you can't see it from the picture but the room had waist high paneling stained quite dark. This wasn't an original feature, it was added in the 80s I think and was a bit of a botch job so I didn't feel too bad painting it. Then up came the carpet, I already felt better:) 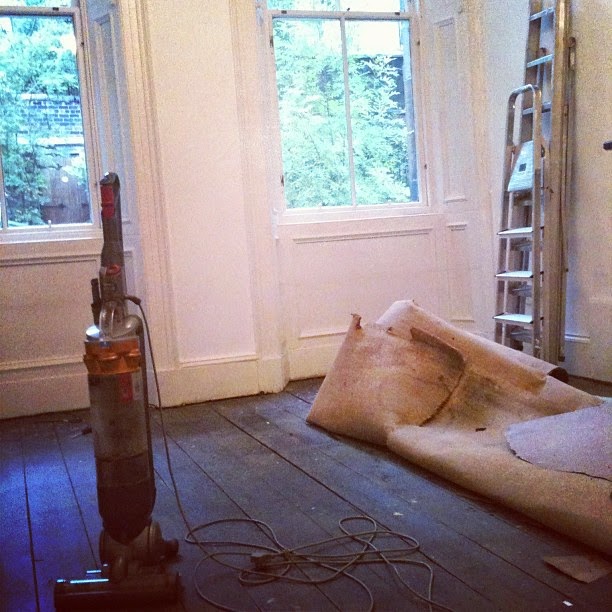 We hired a guy to do the job. It just seemed much easier, I had sanded floors before, crazily when I was pregnant with Zoe but there was no way I was doing it this time, too lazy! The guy was amazing he did this floor and the hallway in a day. He didn't take a break at all, t'was crazy.

this is the floor before we varnished it: 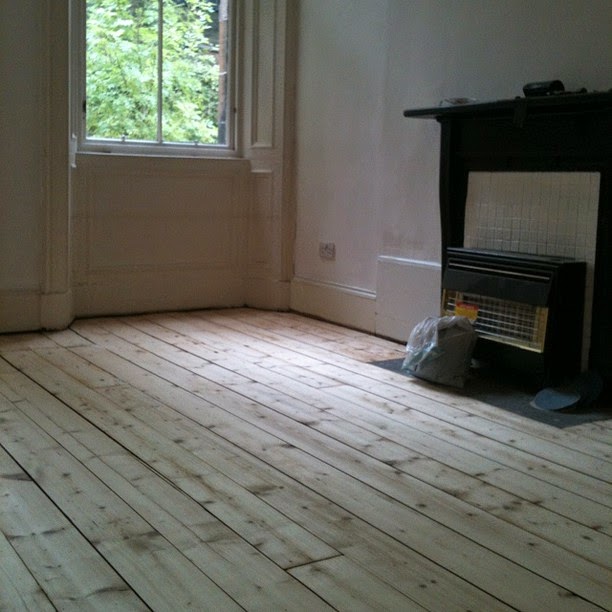 You can also see from the above picture that I  painted the old fireplace. The surround was dark wood, the tiles were brown and the fire itself was brown. Yummy! I painted the tiles white and the rest black. It looked sooooo much better and cleaner!

I loved this room, it was great to have a big table next to the kitchen. We had loads of family and friends over as we were able to have a huge table. 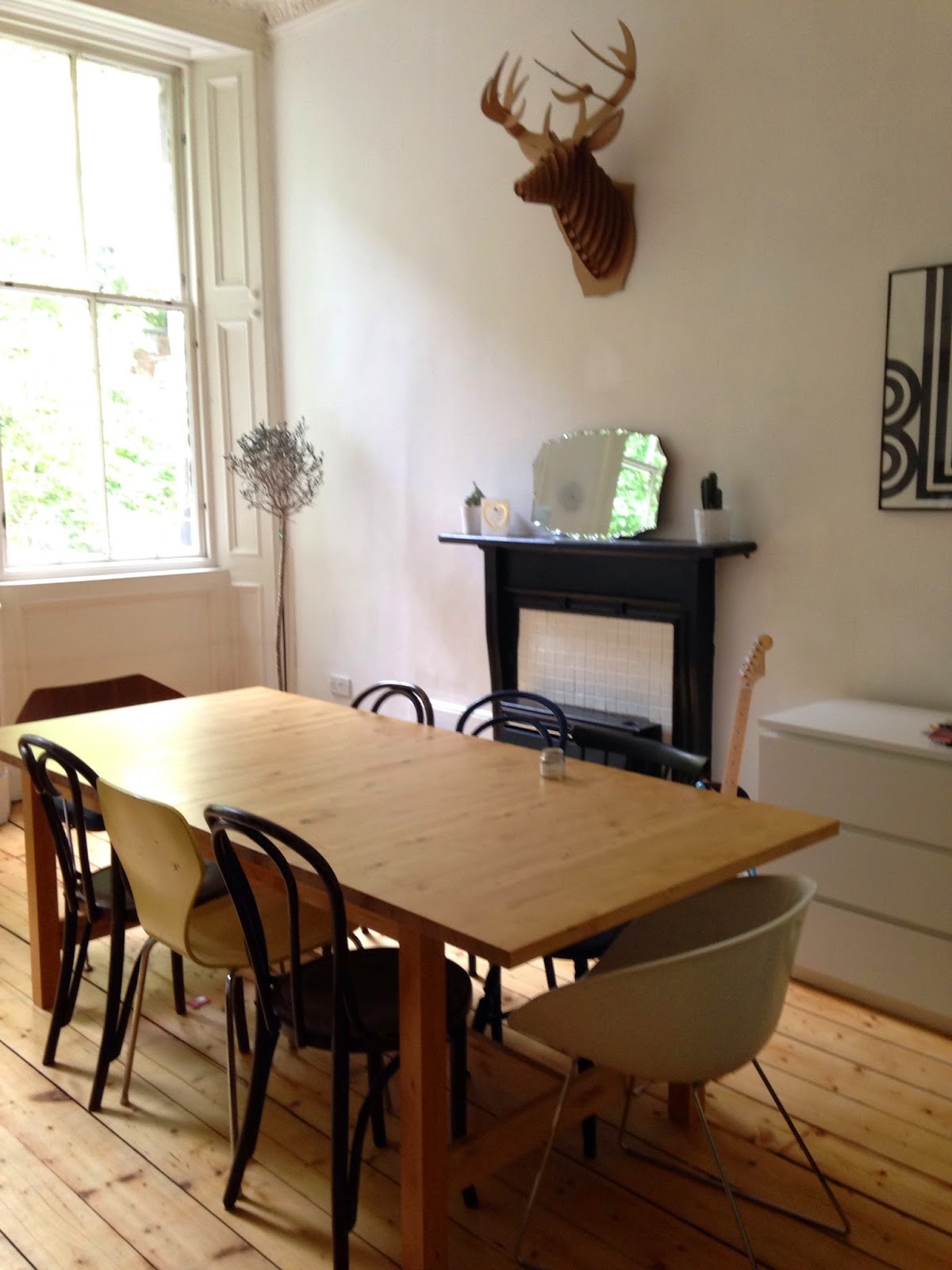 Sorry for some reason all my photos are blury! 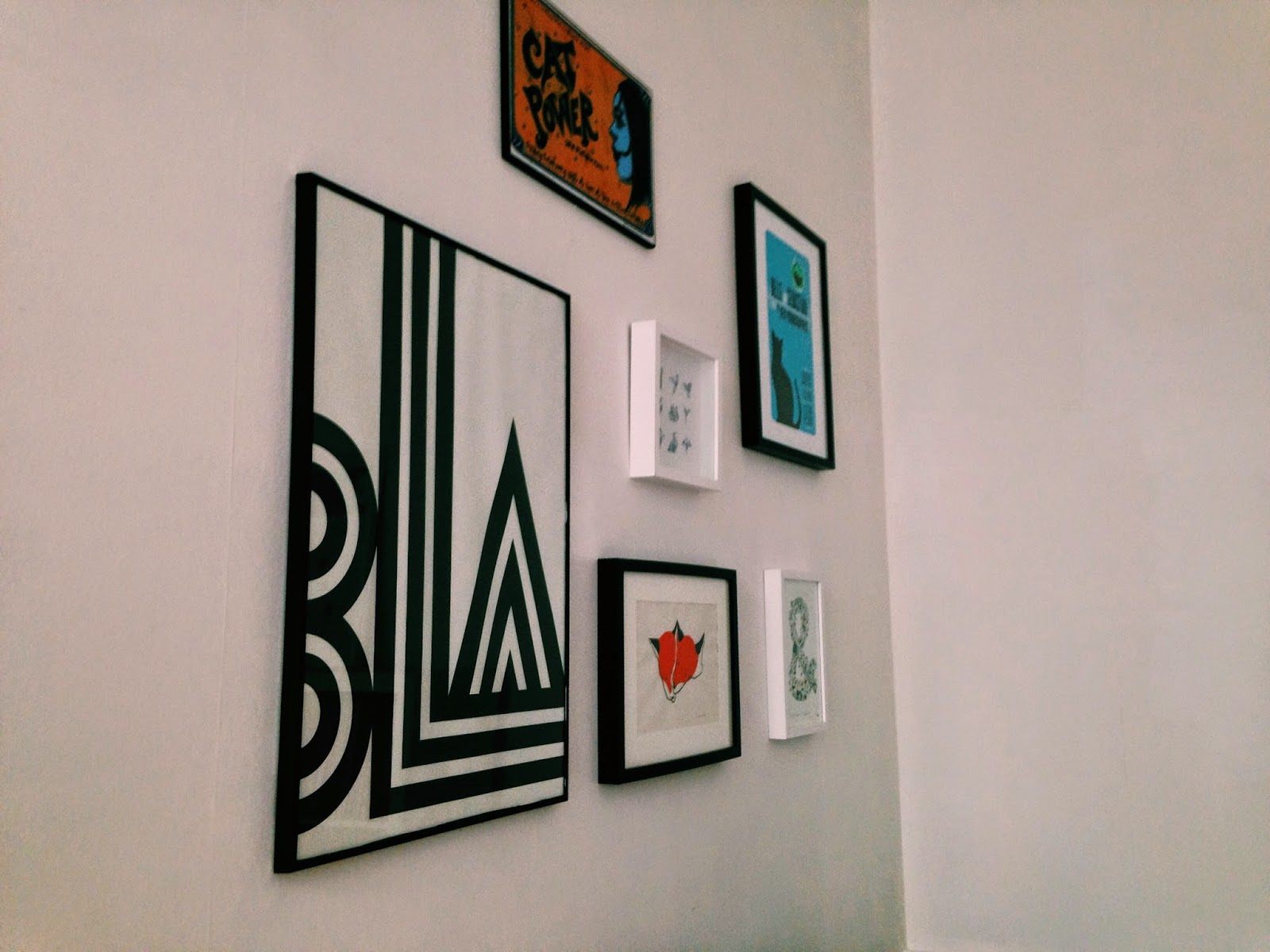 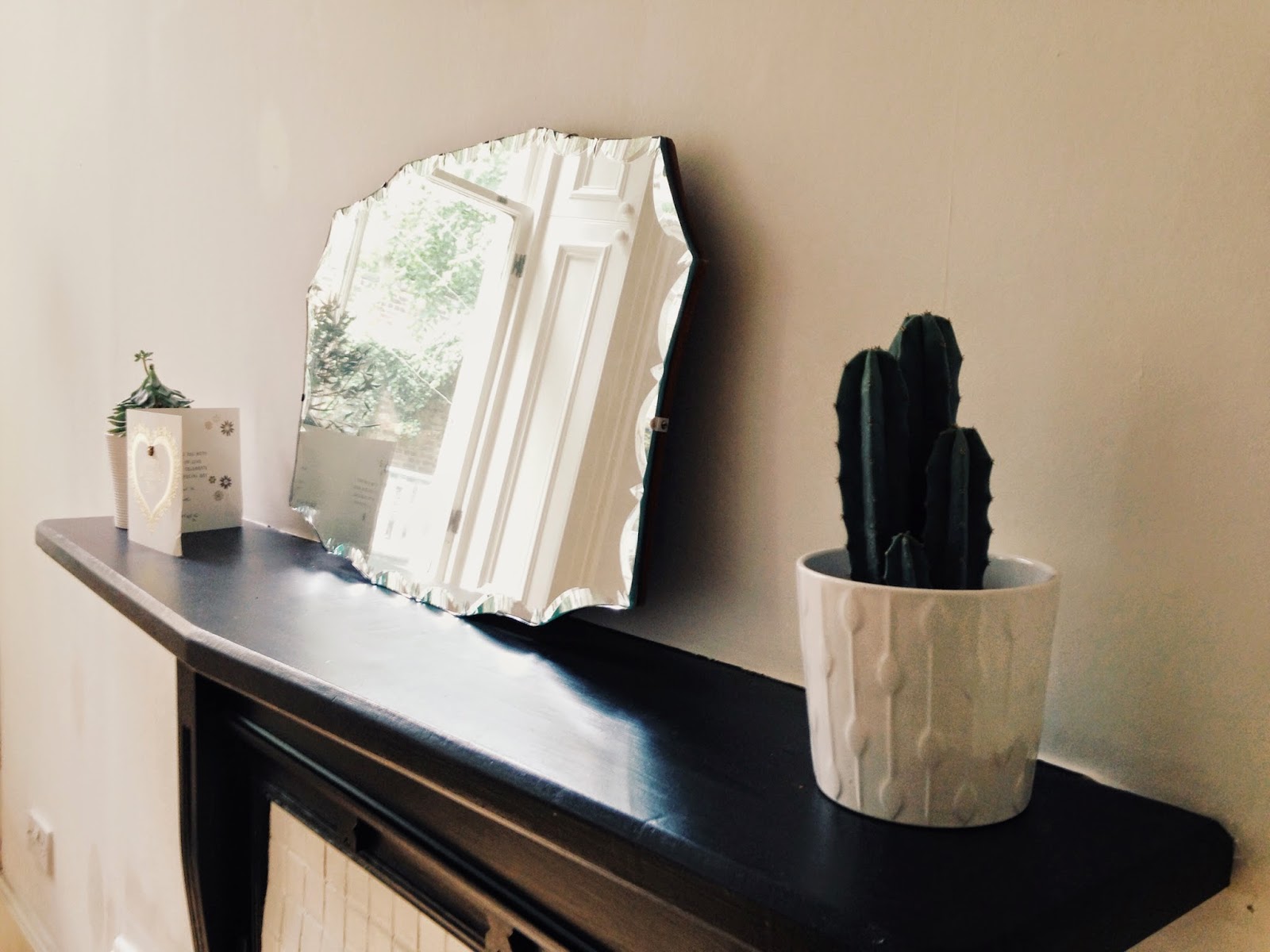 Voila...so we used the room for about a year and then had to move...gutted. That's the one room I do miss as it had a really nice feel to it. Probably because it was a room we completely decorated.

Fortunately we found a new flat and we love it. Ironically it is in the same street as a flat I lived in when I met A 10 years ago. It's big and has lovely views over a park. So thumbs up!