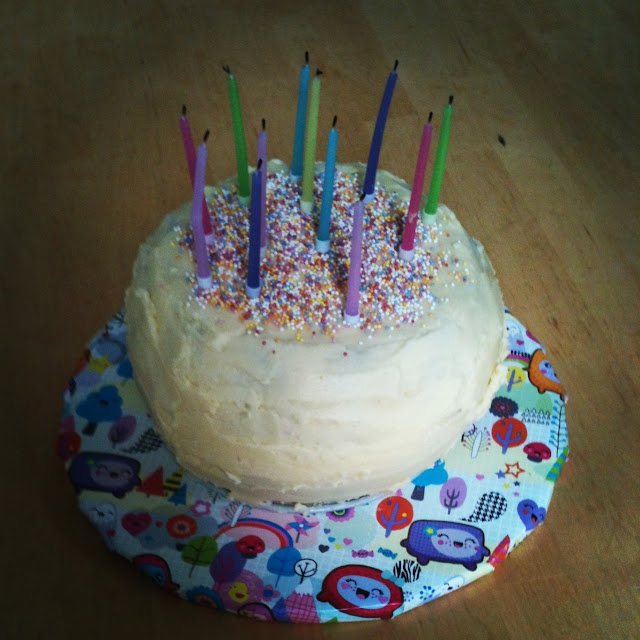 My lovely daughter turned 12 last week. 12!!!! It's crazy how fast time flies. I can remember cuddling her when she was a newborn baby like it was yesterday! Zoë was 3lbs15 (1kg786) when she was born, she just looked like a tiny doll but looking at her now you wouldn't know! 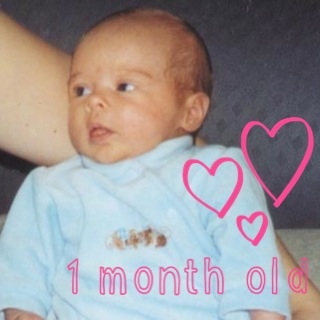 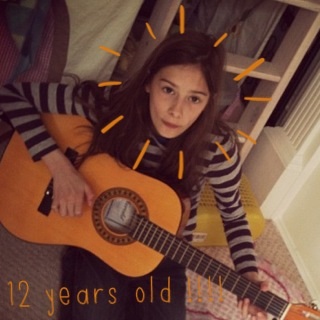 To celebrate her 12th birthday Zoë, being the laid back kid that she is, asked for a piñata cake. That's right a piñata cake!! I said "Of course my Highness I shall get to it straight away"....well kinda I had to do a bit of research and found a few blogs of piñata cake attempts, disasters and successes. This is one stood out so I decided to go for it. I didn't use the same recipes as A Subtle Revelry did as I didn't want to chance it and try a new recipe and then it doesn't work (although her cake and butter cream look delicious so I might give it another when I am under less pressure from my Highness) so I stuck with tried and tested recipes I knew tasted yummy. 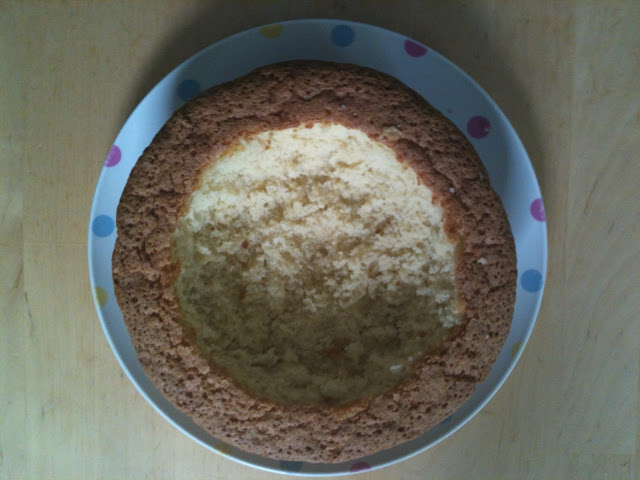 First I bake two rounds hot milk cake from the Miette cookbook. If you have never heard of Miette I highly recommend their book. Miette is a beautiful bakery in San Francisco and I have been begging Allen to go and try their cakes on my behalf every time he is there but he supposedly never has time:((  The recipes are a bit more advanced than box standard ones but all the cakes I have made from this book so far have turned out beyond amazing.
I made sure i weighed the batter and divide into two equal ones as I really wanted my cakes to be the exact same. I used a mould I had bought in Ikea. I have to say as much as I love Ikea it wasn't the best of mould, even with tons of butter and flour the cake stuck a bit and was difficult to unmould. Once they were nice and cool I carved out a circle in each of the cakes. 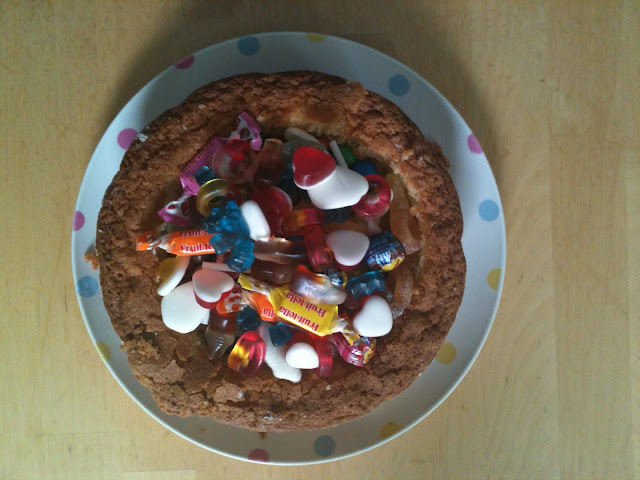 I filled one of the cakes with sweets. and then I put some vanilla buttercream on the edge of both cakes. and assembled them together so that it looks like a dome. 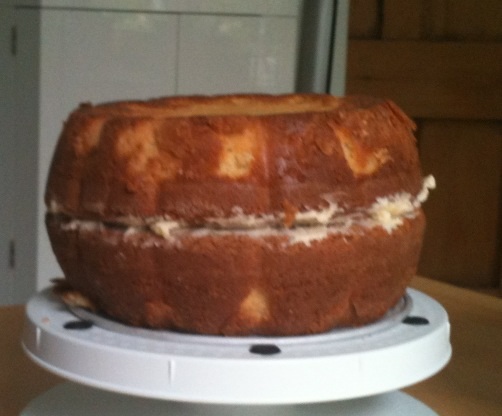 Once that was done I did a first crumb coat with the buttercream. Once again I used one from the Miette book as it's light and not sickly. By that point I was caked out so I was glad that thing was going in the fridge for an hour! 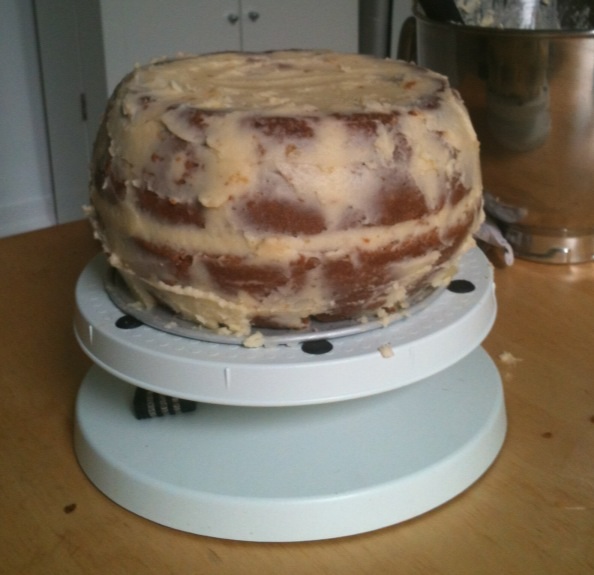 Elliott 'helped' me throughout the hole assembling stage and was high on sugar by the end of it. I have a series of photos of him grinning next the cake. You can tell form his eyes all he wants to do is grab the whole thing and shuve it into his mouth:)

I ended up giving it three coats of buttercream and I think it could have done with four for a smoother finish but by that point I was over it!
However it was all worth and Zoë and her friends watch me cut through her cake. They couldn't believe it was filled with sweeties!! That totally made it all worthwhile. And then they stuffed their cute little faces on cake and sweets, had tons of coca and were completely hyper for the rest of the afternoon.... 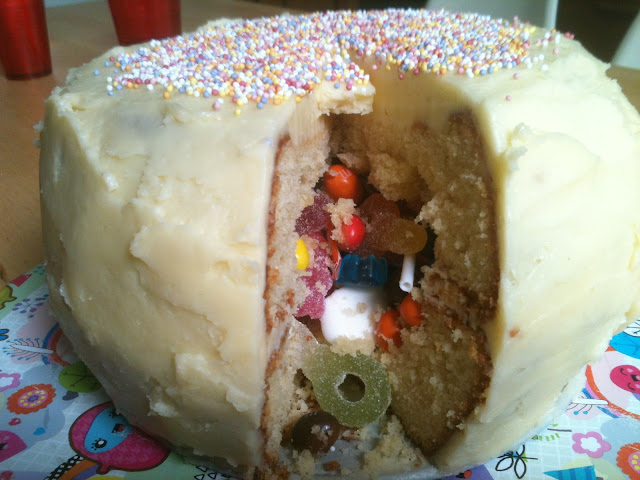